On February 26, the users of our occupational center in Llagostera made a video call with students of the 2nd cycle of the school Puig de les Cadiretes de Llagostera , in the framework of a project of education in values promoted by the teachers of 'this educational center and in which the Ramon Noguera Foundation participates.

It is a social interaction project that seeks to promote values such as empathy and respect, and is based on the benefits generated by the exchange and establishment of positive relationships between generations (older people - children), according to the studies developed by GIFES (Training and Social Research Group of the University of the Balearic Islands). The results of the research show that contact and interrelationship improve children’s learning and motivation, self-esteem, understanding and respect between different generations, produce well-being and increase the quality of life of adults and children.

The project began in November 2019 and the idea was to hold two student meeting sessions at our occupational center each quarter. A craft session and a board game session were held, but with the arrival of Covid it came to a standstill.

Now, we have found a way to resume collaboration with this very interesting project through video calling. In this first session last week, students and users of the center caught up on how they were, how they had passed the confinement, talked about the memories they had of previous face-to-face meetings and explained how they had celebrated Carnival.

We are very happy to be able to participate in these meetings and we want to thank the teachers of the Puig de les Cadiretes school in Llagostera for their impetus to carry out such necessary projects as this. 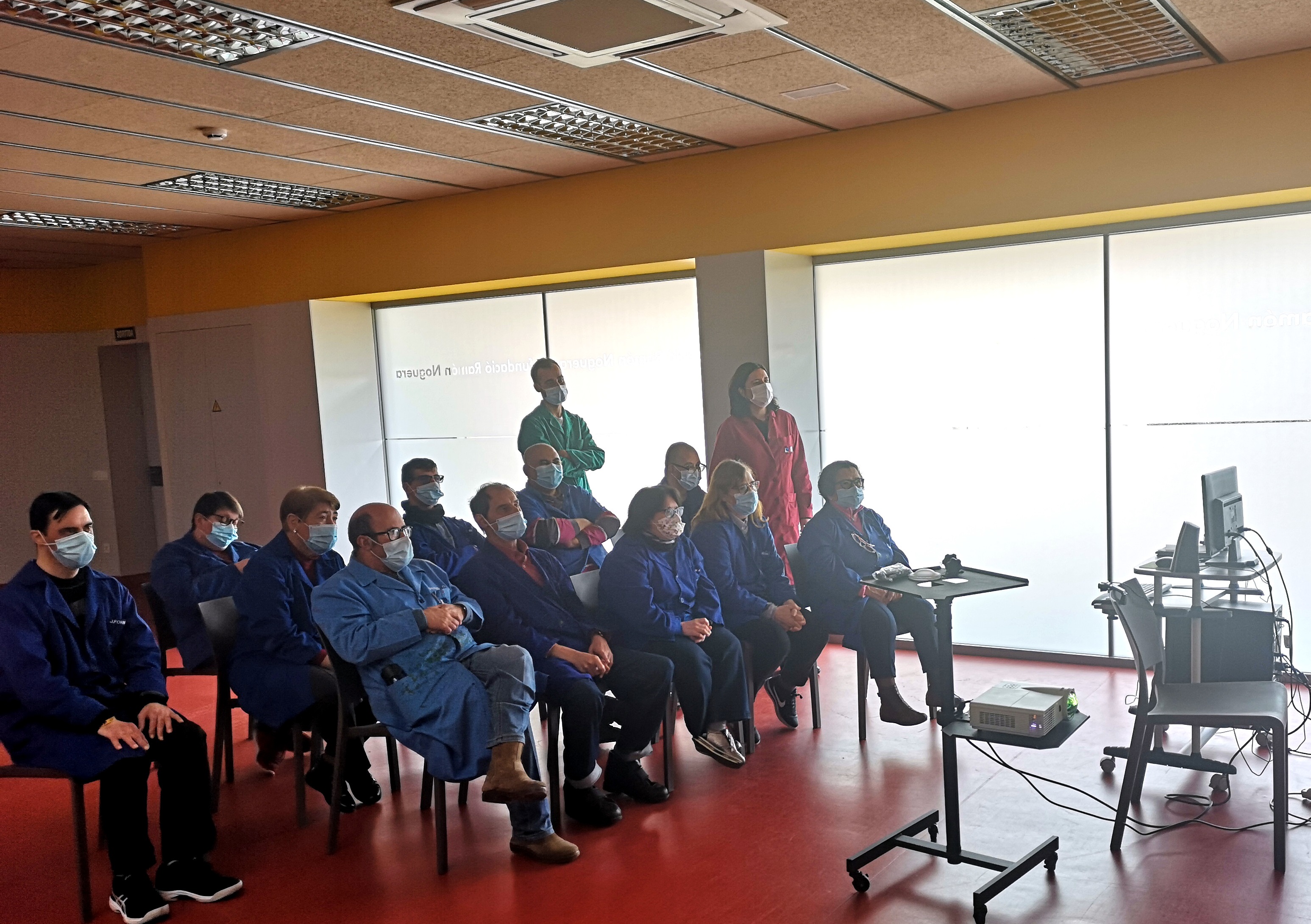 We participate in activities of the Festa Major de Llagostera

We participate in the Plenary Session of Llagostera City Council