Itineraries are activities generated based on the preferences of a group of people using our services.

The theater is one of the itineraries promoted by the Residential Reception service and, specifically, by the Fontajau Residence.

In this itinerary, personal qualities are worked on, the communicative capacity is promoted, memory, bodily expression are activated, sensitivity is awakened, self-esteem is strengthened, interpersonal relationships, trust, creativity and values such as equality, respect and tolerance are promoted. You learn to collaborate with each other and work as a team.

Seven users take part, accompanied and directed by a direct attention monitor and two amateur volunteers in the world of theater.

Sessions are structured as follows:

The actors elaborate the dialogues with their vocabulary and their way of doing things, that is: as they usually say things.

The material supports used are visual cards of emotions, actions, animals, props (objects that appear on the scene) and the visual script in comic format, as the example you can see in the illustration on the right , where two moments of one of the plays they have created and staged are staged. 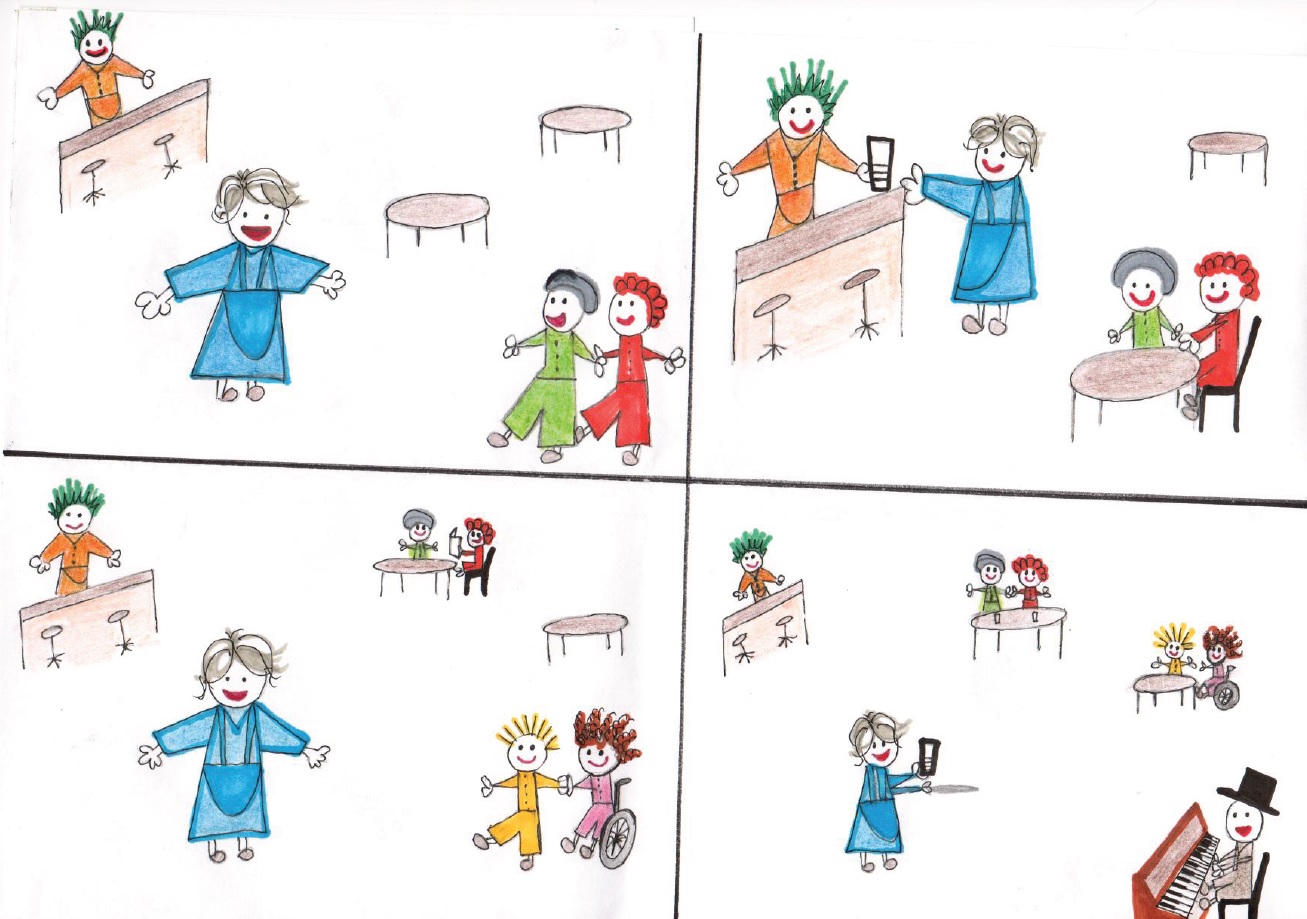 The vision of a family household residential user

Everyday in our residential homes