On Friday, January 19th, the presentation of the players of the 18 teams that competed in the second LaLiga Genuine phase last weekend at the Nou Estadi de Tarragona took place, including players from Girona FC Genuine from the team of the Ramon Noguera Foundation.

The players of the Ramon Noguera Foundation who were called for this call were Florin Oneata, Adrià Sidera and Rubén Sánchez, and our coach, Jordi Sucarrats, also accompanied them.

Javier Tebas, president of LaLiga, and Josep María Andreu, president of the Gimnàstic Club of Tarragona, were in charge of welcoming the teams.

The competition lasted all weekend (January 20 and 21) at the Sports Complex Salou Soccer, where, from 10:00 p.m. on Saturday until 12:00 p.m. on Sunday, the teams defended their colors in the field of football.

The competition mode is that of soccer 8 (7 players + goalkeeper) and each participating club summons a maximum of 16 players per his. All matches consist of four parts of 10 minutes each.

With respect to the score, in each match a maximum of one point can be added for each of the four winning parts, and 0 points for each part tied or lost. Also, for each game won 3 points are accumulated in the table of qualification, the tied games add 2 points and the lost ones add a point.

This second phase of LaLiga Genuine had the participation of 300 volunteers who supported the tournament and watched the welfare, comfort and security of all attendees. All of them come from the Institut Sant Pau and the Institut Martí Franquès, who have been given training time and instructions to carry out this task.

After having played the first phase in Villarreal last October, and the second phase in Tarragona, the classification is as follows: 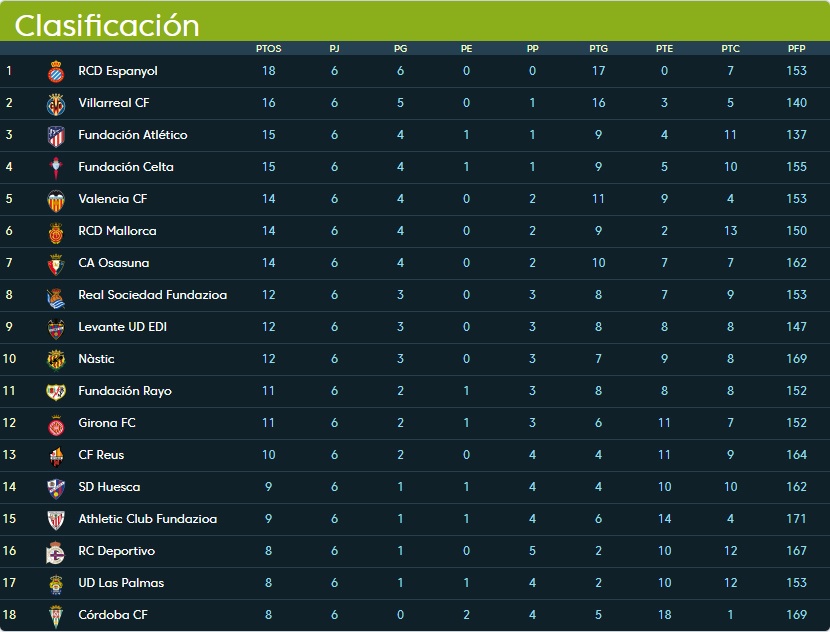