The Generalitat of Catalonia delivered the Cross of St. George's Foundation Ramon Noguera

The Generalitat of Catalonia delivered the Cross of St. George's Foundation Ramon Noguera

Wednesday 3 May took place the ceremony of the Cross of St. George in St. George hall of the Palace of the Generalitat of Catalonia.

The event began at 19: 00h pm and was attended by representatives of 24 organizations and 29 individuals who excelled for services in Catalonia in defense of their identity or, more generally, in civic and cultural and government of Catalonia decided to award this prize as awarded. Hidden Salvi, president of the Foundation Ramon Noguera, was responsible for collecting the Creu de Sant Jordi granted to our organization.

Before the start of the ceremony, all winners received congratulations from the President of the Government and Minister of Culture, and later at the ceremony held at the Patio de los Naranjos refreshments.

As a company awarded is an honor for us to receive the Cross of St. George as it becomes a recognition of the experience of an entity that was created in 1965 at the hands of parents and relatives of people with intellectual disabilities and has been able to last over time for over fifty years and what is more important work to improve the quality of life of people with intellectual disabilities are the true protagonists.

It was not easy to get here, but despite the difficulties and challenges that we face, we will continue working vigorously for the people, defending their rights and ensuring their quality of life without losing the values ​​that motivated and have guided our organization over the last fifty years.

We thank the Government of Catalonia has awarded us this award so precious.

The Cross of St. George is one of the highest awards that a person can receive from the Government of Catalonia. The award was created in 1981 in order to honor individuals or legal entities that, on their merits, have rendered outstanding services in Catalonia. Any citizen or group of citizens entity may request that the award be granted to any person, whether physical or legal. 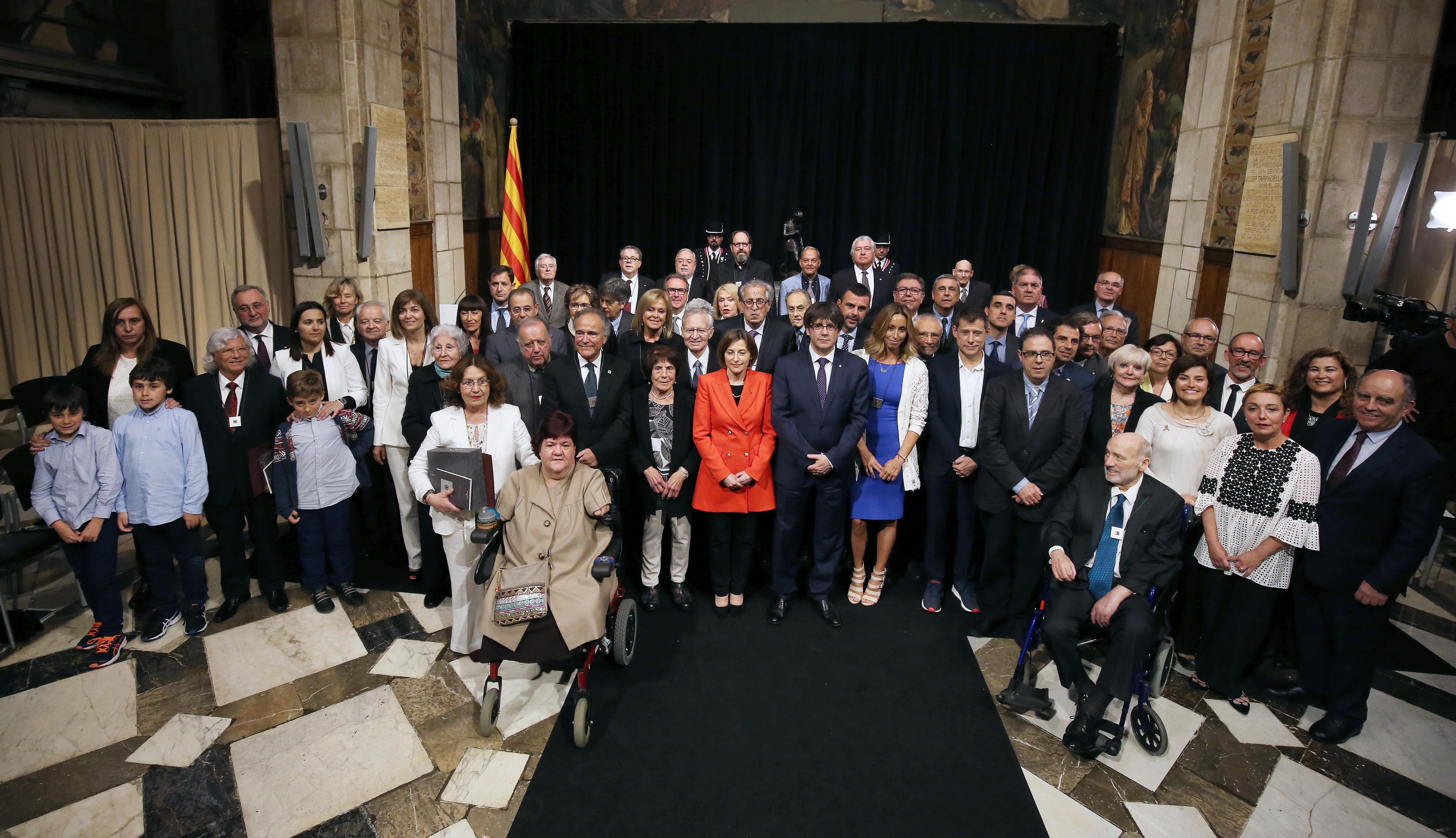 The Generalitat of Catalonia awarded the Cross of St. George's Foundation Ramon Noguera